Cristal Williams Chancellor, Director of Communications for the Women’s Media Center, Washington, D.C. is an award- winning journalist who has spent bulk of her career in newsroom and project management. She has been a reporter, editor, trainer and recruiter specializing in education and courts. She was a part of the team at the Akron Beacon Journal that won the1994 Pulitzer Prize Gold Medal for Meritorious Public Service for a yearlong series focusing on race relations in Akron, Ohio (USA).

Strengthening its commitment to the cause of women empowerment, ARCH, in association with Cultural Affairs section of the US Embassy, organized a Masterclass on ‘Portrayal of Women in Media’ at its campus.
Cristal was accompanied by Conrad Turner and Mandeep Kaur. Conrad is a Career Member of the Senior Foreign Service with the rank of Minister Counselor. He is the recipient of five individual Superior and Meritorious Honor Awards, a Meritorious Step Increase and the ICASS Outstanding Leadership Award for interagency management. Conrad debated current events and American society with hundreds of thousands of Soviet citizens. Mandeep is the All India Principal Program Advisor of Public Affairs Section at the American Embassy. 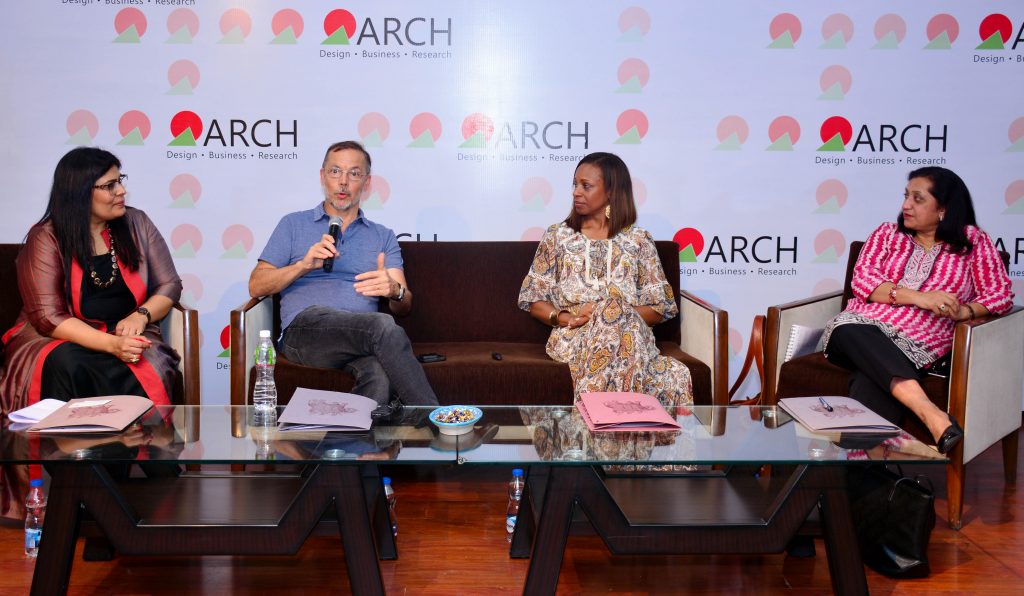 Cristal quoted, “In Hollywood, 96% of directors in popular films are men. Number of women directors are very less in number. Women are hyper-sexualized and objectified. There should be more women in decision-making roles.” “We Need To Change The Gender Stereotyping In Present Our Country.” – Mandeep Kaur

The session was interactive and students came up with several queries regarding women empowerment. Cristal shared that newsrooms are male dominated. Most of the stories in America are told by men, who form 68% of the media in the USA, which means that there is an under-representation of women or a misrepresentation of their stories. It happens in every sort of media,” she says. 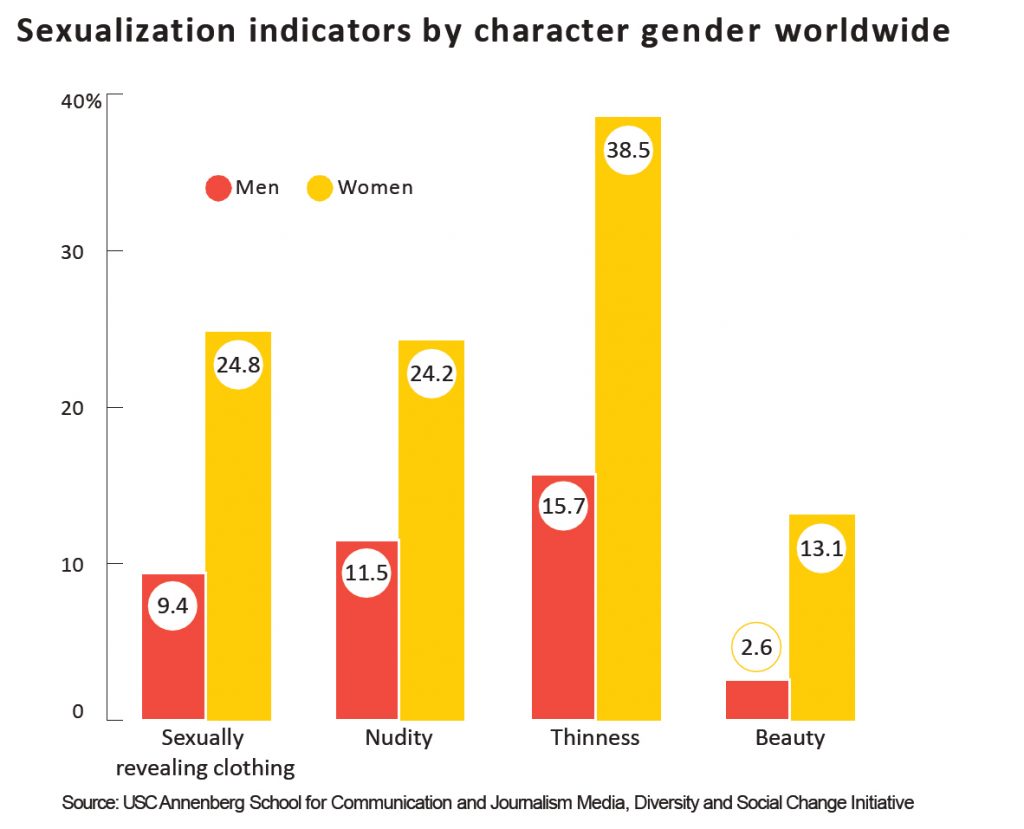 Cristal said that for a stereotypical female character, her body or beauty is given more importance and not her talent and capabilities. It is vital that a women’s stories, experiences and voices are given a place, so that all the voices are equally represented. If the representation is not proper, then credibility and integrity of media is doubtful.

“I decided to join the Women Media Center because I wanted to be a part of the change in the industry. I found that there were not a lot of women who had opportunities in the news room.”

Coming across a social media troll or meme that is used to defame somebody is very common. These can create a wrong image in people’s minds about issues. She told that the Women’s Media Center’s speech project is dedicated to raise awareness against online abuse, since social media plays a role in shaping thoughts.

Cristal also spoke about the misconceptions around Feminism. She felt that Feminism essentially means equality for everyone and everyone has equal rights to live their dreams and be a part of the society equally.

“We believe women should be defined all of who we are, not just our bodies or beauty. We have plenty of things to provide to society and there should be an equal society for all.” 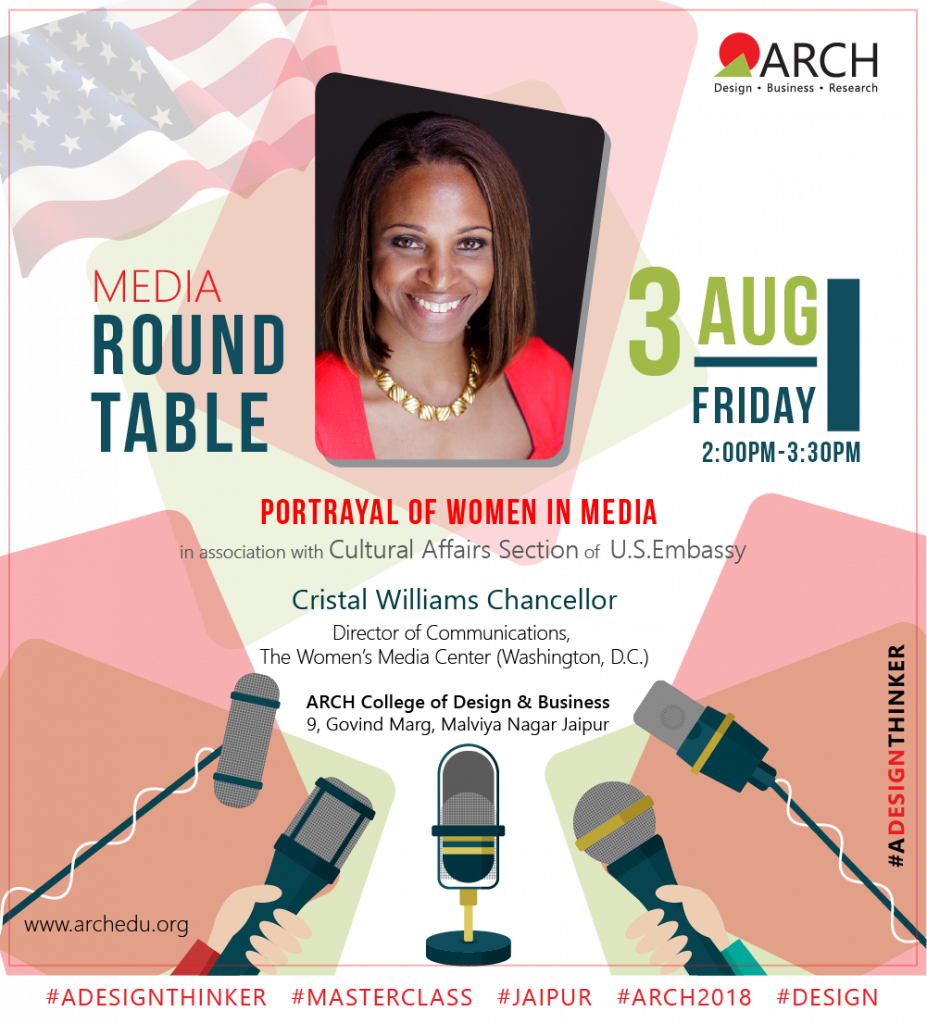 Digital media, is the most unsafe space for women at present in her opinion. Safe space and free speech clash at this point. Women’s voices are silenced through collective bullying and verbal harassment but women are coming forward to share experiences and are hoping for change and are also being heard at times. The dialogue has thus begun. But solutions are yet to trickle in.